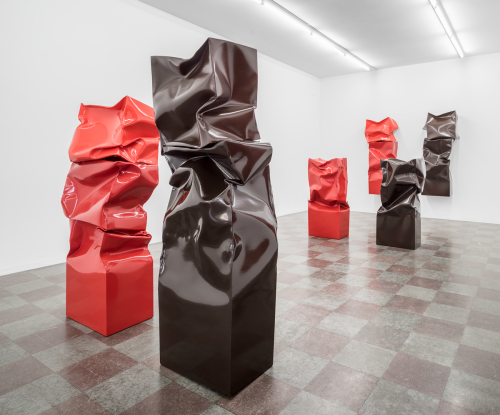 Sculptures are defined as three dimensional artworks. It has been an important form of art ever since the ancient cultures, and is still very much alive today. Technical advancements as well as new movements within the artworld have resulted in the emergence of new sculptural styles since the 20th Century.

During the late 19th and 20th century, sculpture artists reconsidered, redefined and reworked the very concept of the sculpture in a more profound way than it had ever been before. The process of making a sculpture has traditionally been categorized by four different techniques:

Carving - using tools to shape a form by cutting or scraping away from a solid material such as stone, wood, ivory or bone.

Casting - making a mould and then pouring a liquid material, such as molten metal, plastic, rubber or fibreglass into the mould. A cast is a form made by this process.

Modelling - soft material is worked by the artist to build up a shape or form (rather than scraping or material away as in carving).

Constructing and Assembling - still life subjects made from scrap (found) materials glued together. Constructed sculpture in various forms became a major stream in modern art, including in movements such as constructivism or techniques like assemblage.

Present day sculptors, however, use any material and methods of manufacture that will serve their purposes. The art of sculpture can therefore no longer be identified with any special materials or techniques.

Another important element of the modern sculpture is the fact that it often is nonrepresentational. Some of these works use forms that are observed in nature as a starting point for a kind of creative play where the end products may bear little or no resemblance either to their original source or to any other natural object. Other sculptures are completely nonobjective, arising from a constructive manipulation of the sculptor’s generalized, abstract ideas of for example: spatial relations, volume, line, colour or texture.