For many years, Martin Sjöberg has explored identity issues through his creation, especially from - and with a look at - the constructive image of the Western white man and the included element of male violence and aggressiveness. The starting point for the works has always been its own body, with implications ranging from the individual level to a much more reflection on institutionalized violence between states and a colonialist history and tradition.

Over the past few years, he has created under the title "Man acts out" sculptures, drawings and photographs that are based on conceptual issues related to family and identity as well as the post-colonial discourse on "the other". I am searching for a visual language that can carry the images in, he has found a condensed way of storytelling that has early links to the Western theater tradition. Theatricality becomes an average moment in all his works, where the doll's body never becomes skiing, but constitutes the material and language of the story.

Martin Sjöberg was born in 1957 in Uppsala and studied at the Art College and the Royal College of Art in Stockholm, as well as at the Whitney Museum of American Art in New York. After several years in New York he worked today in Stockholm and Thailand where he produced his sculptures. His works have been exhibited in many separate and group exhibitions in Europe and North America and are represented in private and public collections. 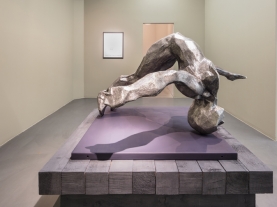 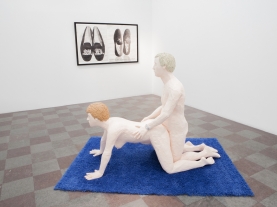