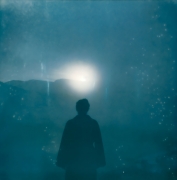 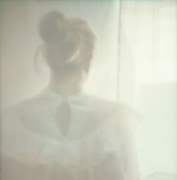 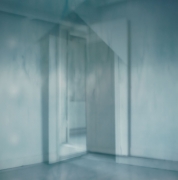 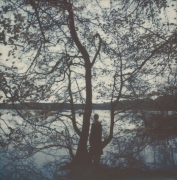 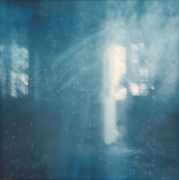 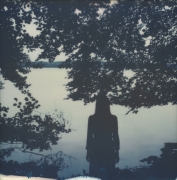 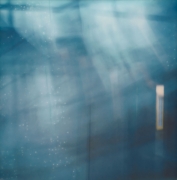 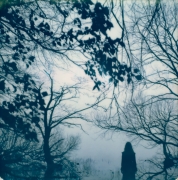 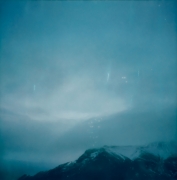 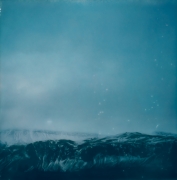 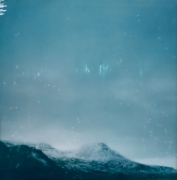 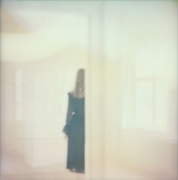 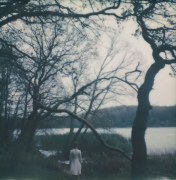 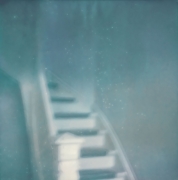 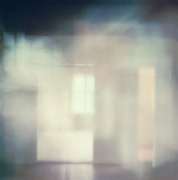 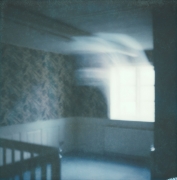 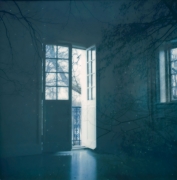 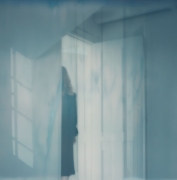 Wetterling Gallery is proud to announce, Floating, the danish photographer Astrid Kruse Jensens third solo exhibition at the gallery.  The exhibition takes place April 16 - May 22, 2021 with an opening reception on April 15, 3 - 7 pm.

Astrid Kruse Jensen's photographs takes the viewer to a parallel, timeless reality. She uses the medium of photography to show us more than the human eye can detect and a place that can only be reached through the photographic lens. In her work she is questioning the photographic media and its documentational qualities. Her latest series Floating revolves around memories in a state between a concrete and an abstract reality. Instead of depicting a specific place or person, Kruse Jensen’s work seems to picture a mental state of mind where the figures, nature and culture collide. In several of the works, the viewer is met by a strong backlight that gives a feeling of looking into infinity.

The meeting between light and darkness has long characterized Kruse Jensen's work. In her early series, she worked with advanced technology and manipulated lighting to create contrast-rich and hyper-realistic images. In Floating, Kruse Jensen instead takes advantage of the technical limitations and uncontrollable chemical processes of the simple Polaroid camera she is using. The use of double exposures, backlight, long shutter times and camera movements results in motifs out of focus. The specific space is dissolved and erased, which together with the distinct color scheme in cyan and yellow, gives the works a painterly and poetic appearance.

Astrid Kruse Jensen was introduced to the Swedish audience with her solo exhibition Within the Landscape at Sven-Harry's Art Museum in Stockholm in 2014. She has previously had gallery and museum exhibitions in Europe, Asia, and North America. She is represented in several public and private collections, among them are The National Museum of Photography (DK), The George Eastman House, Rochester (NY, USA), Artotheque de Caen (F), Manchester City Gallery (GB) and AROS, Aarhus Kunstmuseum (DK). Astrid Kruse Jensen was born in 1975 and lives and works in Copenhagen.

In conjunction to the exhibition, Astrid La Cour has written a text about Kruse Jensen's series Floating. 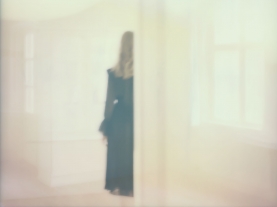